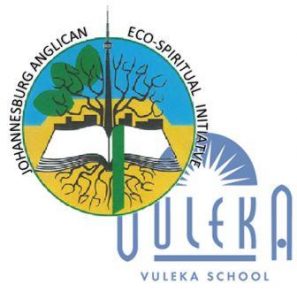 Overview of the 2019 JAEI/Vuleka Art Competition

The 2019 Annual JAEI/Vuleka Art Competition closed at the end of October and the artwork displayed at The Johannesburg Diocese Centre.  Four independent judges had the unenviable task of deciding the prize winners on Friday, 8th November. (Carole Henning, Dave Osburn, Mark Franklin and Martha Gordon).

It was clear that the children put a lot of effort into their work and hopefully had a lot of fun doing their projects.  Judging was very difficult, but after a lot of deliberation, the winners were chosen.

Prize winners will receive their prizes at their School Year-end Assemblies.

Green Parish Workshop – All you need to know about how to “Go Green for God!”

On 19th October, representatives of a number of Parishes across the Diocese joined JAEI in a morning workshop exploring what it means to be a Green Parish.

Participants were able to gain a ton of information and encouragement to go back to their Parishes and initiate eco-planning.

An enjoyable and informative morning was had by all.

This workshop will be repeated during the course of 2020 as well so that those who were unable to attend will also be afforded the opportunity.

A wonderfully blessed Retreat was had over the long weekend in September! 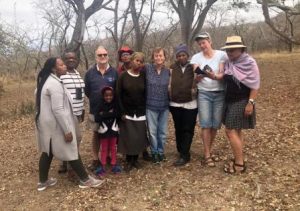 On Saturday, 17 August, JAEI joined BirdlifeSA for their open day.    We were treated to a guided tour of Isdell House, which has been renovated and refurbished with minimum environmental impact.  We enjoyed and admired the awesome indigenous garden, which tries to represent the various vegetation zones of South Africa.  Shopping was done, and delicious food was eaten.  There was an opportunity to share ideas and catch up on new and old friendships.   A thoroughly enjoyable, relaxed morning was had!

Read about the
2018 JAEI/Vuleka Art Competition

From  mid-August to mid-October, (coinciding with the Season of Creation), JAEI partnered with the Vuleka Schools held an Art Competition on various themes of an environmental nature.

The exhibition of work was held at the St Joseph’s Diocesan Centre and judging took place on 25th October.

The entries were incredibly creative and the standard was high – so much so that the judges – Mark Franklin and Anne Wright from JAEI; Ven. Michelle Pilet; Revd Alice Mugglestone and Carol Henning (from the Crafter’s Guild) – had a very difficult time in declaring winners in the 4 categories.

Congratulations must go to all the children from the Vuleka Schools who entered!  Certificates and prizes will be presented at their Year-end Assemblies.

See Gallery for some pics

On Saturday, 25 August, 2018, JAEI had the pleasure of welcoming Garth McFarlane of SinkMaster to speak to us about the importance of “sorting at source” and recycling initiatives.  He underlined the fact that the Johannesburg Metropol is fast running out of landfill space which makes responsible recycling an urgent focus.

Later we were joined by Alison Bentley-Griffiths of ADVA Youth Skills Development who are using Eco-bricks in many community projects.   Alison gave us a deeper look into these projects and what was needed which was not only informative by really very useful.

Of course, where we Anglicans meet … we eat! ….. and our thanks go to Ven. Revd. Michele Pilet and the St Pauls, Parkhurst Team for hosting our morning and providing an awesome spread of delicious goodies!

See Gallery for some pics

A morning of great fellowship, great food and great speaker made JAEI’s Eco-breakfast a fantastic event!

It was JAEI’s privilege to welcome CEO of BirdLife South Africa, Mark Anderson. As out Guest Speaker.  Mark’s presentation and address was not only informative, but thoroughly enjoyed by the more than 40 people in attendance.

Mark spoke about the successes in bird conservation, as well as the challenges that are faced by our feathered friends.  The successes gave us hope, but the challenges must spur everyone on to new heights in our quest for stewardship of God’s awesome Creation.

If you want to know more about BirdLifeSA – what they do, and how YOU can become involved, visit them at www.birdlife.org.za.

Also – don’t forget that 25th November is Big Birding Day – so get out and become involved! 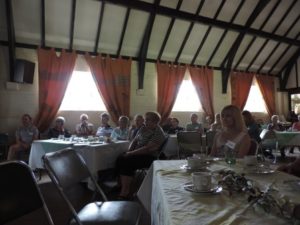 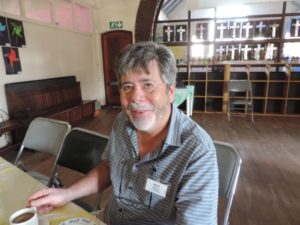 See Gallery for some more pics

This site uses Akismet to reduce spam. Learn how your comment data is processed.